You are here: Home1 / ABOUT ME 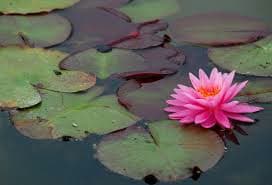 What’s in a name?

I’m told a Rose is a Rose is a Rose, and sweet by any name, but they are still called Rose and I myself am completely Lily.  Roses blush, which I don’t, though I am colorful.  Laugh myself silly maybe, but blushing, not likely.  Never a Rose, just totally Lily.

Legally, my name is K Lilith Stone, and the K doesn’t stand for anything.  I chose the name for myself, and part of what I was looking for was keeping the initials I was given at birth.  I couldn’t think of anything new that I wanted for the K, so it stands alone and now I know when a stranger calls on the phone because they stumble around trying to figure out how to pronounce it.  Don’t bother, I like Lily.

I derive Lily from Lilith, who is a figure from original Hebrew texts, parts of which didn’t make it into the Christian Old Testament.  One of those parts is the story of Lilith, who was Adam’s first wife, created from dust simultaneously with Adam, and his equal.  Of this Adam was not fond.  He complained to God that Lilith just wouldn’t obey, and the men determined to have a paternalistic society from that point onwards.  So they dumped Lilith for Eve.

Lilith was banished out of Eden to the wild forest beyond, and she has been the wild woman of the forest ever since.  She  unfairly has been thought to steal children like Hansel and Gretel, which is bad enough, but even worse she has been thought to sneak in through men’s windows at night to steal their semen, and without their willful participation.  The men awaken after she has fled, dismayed to discover the disgraceful evidence of her deed.  She must have been a very bad girl, to play such tricks on innocent men.

At the end of my line of names we have Stone, and where did that come from?  Think for a moment about holding a fossil in your hand, which once was a live animal or plant, then with time, pressure and other of nature’s forces has turned to rock.  These vital minerals, now seemingly inert, will again, with time, pressure and those other of nature’s forces, erode into dust, scatter into soil and water and be consumed again by plants and animals, becoming once more a part of their essence.  Stone lives, enacting its own epic life cycle.

Compared to stone in general my life is small, but in my way I too have cycled, surviving heat, pressure, friction and time. I use these forces as best I can to transform myself from one period to the next.  And thus at one time I transformed my name from that given to me at birth to K Lilith Stone, and I call myself Lily.

But what’s in a name, after all? 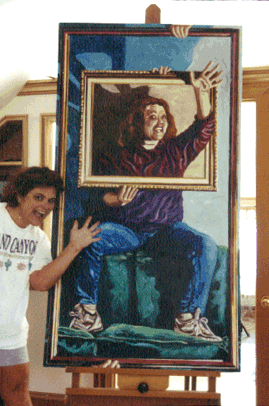 The lily wallpaper photograph is unattributed.
The K comes from a very special breakfast cereal.
The Lilith terra cotta relief is Sumerian or Assyrian.
The gingerbread cottage is a rental property in the U.K., sykescottages.co.uk
The fossil is of a “Sea Lily” which is actually an animal.
The self-portrait was painted in 1998. I’m older and wiser now. Maybe.