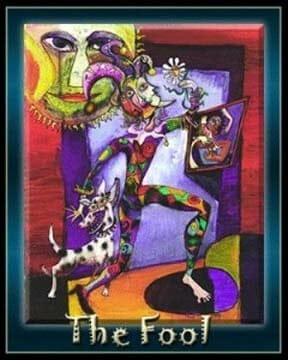 “Carry on my wayward son,” says Kansas, “there will be peace when you are done.”  I’ve spoken about the Fool’s journey through the major tarot cards a number of times, and in some depth regarding his final third leg in the posting “Tarot Card Majors #15 – 21: Long Strange Trip Stage III.”  Since I have discussed the end of the journey it is only right that, as does the Fool, I should cycle around to the beginning and discuss the first stage, Tarot Card Majors #1-7. 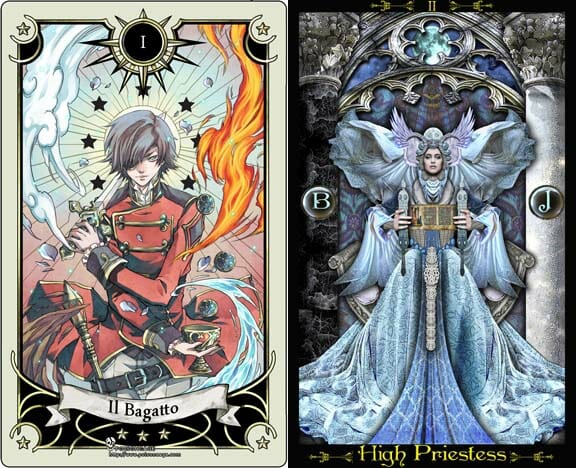 “Ride, Captain, ride upon your mystery ship,” says Blues Image, “be amazed at the friends you have here on your trip.”  One by one our innocent young Fool meets with his individual wise teachers, Magician and High Priestess, who teach him the hidden powers, Empress and Emperor who teach him the feminine and masculine powers of the earth, and the Heirophant who inducts him into the mysteries of more organized religious thought. 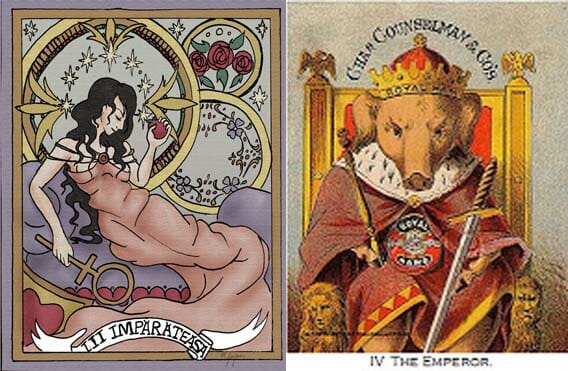 Each of these wise tarot characters has a gift to give our young learning man, and he soaks up some new aspect of living as he moves from one to the next, his eyes opening wider and wider as he learns more about the ways of the universe.  He grows from (0) The Fool, babyhood and total incompetence, to (1) The Magician, learning to manipulate his environment, to (2) The High Priestess, developing an intuitive understanding of the world around him, to (3) The Empress, being able to create on his own, to (4) The Emperor, learning the facts and figures of life in the world, to (5) The Hierophant, understanding the rules and moralities of living in society. 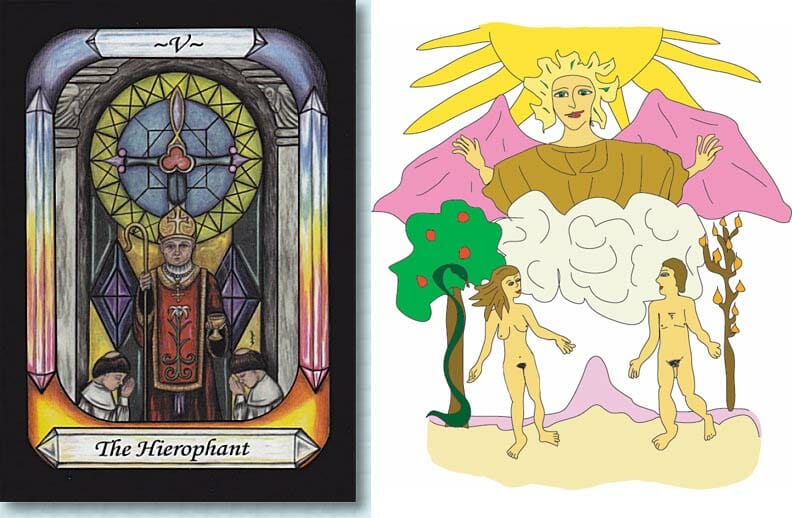 “I will comfort you, take your hand and see you through,” says Kansas, “I will take you through the door.”  The child grows to puberty and reaches the tarot card of The Lovers, formerly called “Choice.”  All at once our Fool has developed both free will and an attraction to the opposite sex.  As our icons of Adam and Eve are blessed by an angel from above, their hands reach for each other and the Fool sees the benefit of continuing his journey in a pair.  Though the pair reoccurs now and then, interestingly enough his journey goes on with remarkable individuality.  Oh, well.  These teenage things are mostly short lived, but still an important threshold. 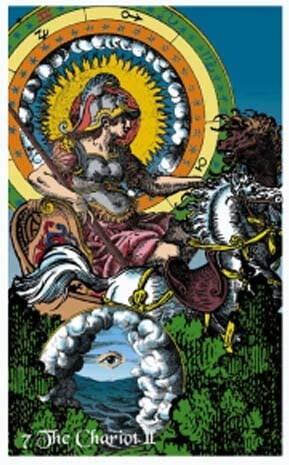 “Ride, Captain, ride upon your mystery ship,” repeats Blood, Sweat and Tears, “on your way to a world that others might have missed.”  At the final step in this sequence we come to The Chariot card, which I have discussed in my posting “Tarot Card #7 Chariot: A Pickle With That?”  This is a rite of passage for our adolescent Fool who finally gets the keys to the car and is ready to make his way into the wide world, leaving behind the wise teachers of his youth to embark on some independent studies of young adulthood.  Of course we all know people who have grown older, but haven’t seemed to have made it past this point and to the next stage of the journey, they live in an eternal adolescence of sorts.

On To The Next Cycle

This first stage of the Fool’s journey begins with babyhood and ends with adolescence, a time of great glory and excitement.  Through two more 7-card tarot sequences which await, #8-14 and #15-21, carries on our wayward son, until at last he reaches his final reward, this time glory and peace when he is done.  Until the next round, that is.